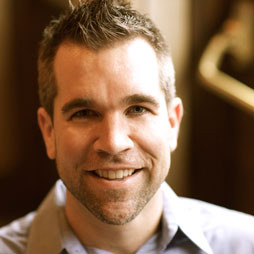 Pastor Josh CooperJoshua has been the pastor and lead teacher of the Bridge Community Church since it’s launch in September of 2006. He served in youth ministry for six years, campus ministry at Youth for Christ for three years, as well as seven years as the executive director at Youth for Christ, all in his hometown of Muncie, Indiana. Josh graduated from Taylor University in 2003 with degrees in Christian Education and Biblical Literature. He has been married to Jill since 2006 and they are proud parents of Lena and Beau. He is a Type 1 on the Enneagram but isn’t sure he believes it. Josh is an adoption advocate and music lover and enjoys a good book of theology and a comfy pair of house slippers.

– Can you identify a person or group that you have labeled as outside your camp? Why have they been placed there?
– How does both Moses’ reaction to Joshua and Jesus’ reaction to John speak to you in regards to how you understand how God works?
– Consider this thought: “Jesus’ life and death show us that God’s basic orientation is humility.” How does humility help shape this conversation?

Jesus We Love You / Do it Again / Unstoppable God

Rev. Jon Cavanagh, Campus Pastor at Taylor University since 2015, is a 1998 Taylor University alumnus.  He has served at Taylor since 2007, filling roles that have included Director of University Apartments/Coordinator of Off Campus Community, Co-Chair of Residence Life Programming, Hall Director at Wengatz Hall, Head Men’s Golf Coach, and committee assignments including Chair and member of the Community Life Committee, Lighthouse and J-term Capstone Co-Leader, and the leadership of various devotional groups.

In addition to his Bachelor of Arts in Christian Education from Taylor, Cavanagh holds a Master of Divinity from Winebrenner Theological Seminary, Findlay, Ohio (2008). He is an ordained minister in the National Association of Congregational Christian Churches (N.A.C.C.C.).

Prior to returning to Taylor, Cavanagh served as Associate Pastor for Plain Congregational Church in Bowling Green, Ohio, and as resident director at Asbury University in Wilmore, Ky., and Northwestern College in Orange City, Iowa. He also filled the role of Church Planter for Mercy and Grace Ministries in Sheridan, Wyo., from 1999 to 2000.

What is the Truth of God you will proclaim?

How will you seek His presence?

For what will you plead?

How are you seeing the goodness of God today?

King of My Heart

No One Has Ever Cared For Me Like Jesus

Dr. Eugene B. Habecker has been named President Emeritus of Taylor University.  Habecker, a 1968 Taylor alumnus, served as Taylor’s President from 2005 until May 31, 2016. Prior to coming to Taylor in 2005, Habecker served presidencies of the American Bible Society (1991-2005) and Huntington University (1981-1991). He also served in administrative positions at Huntington, George Fox University (Newberg, Ore.), and Eastern University (St. Davids, Pa.).

He holds Master’s and Ph.D. degrees from Ball State University and the University of Michigan. He also earned a Juris Doctor from Temple University and is a member (inactive) of the Pennsylvania Bar. Habecker also completed the Institute for Educational Management program at Harvard University and is the recipient of honorary degrees from numerous colleges and universities. Additionally, he was honored by the State of Indiana as a Sagamore of the Wabash, the State’s highest award, during recent farewell ceremonies.

Habecker’s wife Marylou is also a 1968 Taylor graduate and holds a Master’s degree from Ball State University. She is a speaker, writer, and artist. She has also served on the boards of the Women’s Bible Society of New York City, Nyack College, Taylor University, the Museum of Biblical Art (MOBIA-NYC), and Overseas Council.

Between them, the Habeckers have traveled to more than 90 countries throughout Asia, Africa, North and South America, Europe, and the Middle East.

What is your understanding of what the Bible teaches about: 1) peace, 2) our call to be peacemakers, 3) why might that be important now?

What do you view as important attributes of a peace maker?

In what ways might Taylor University be used of God to be an instrument of His peace?

God I Look To You 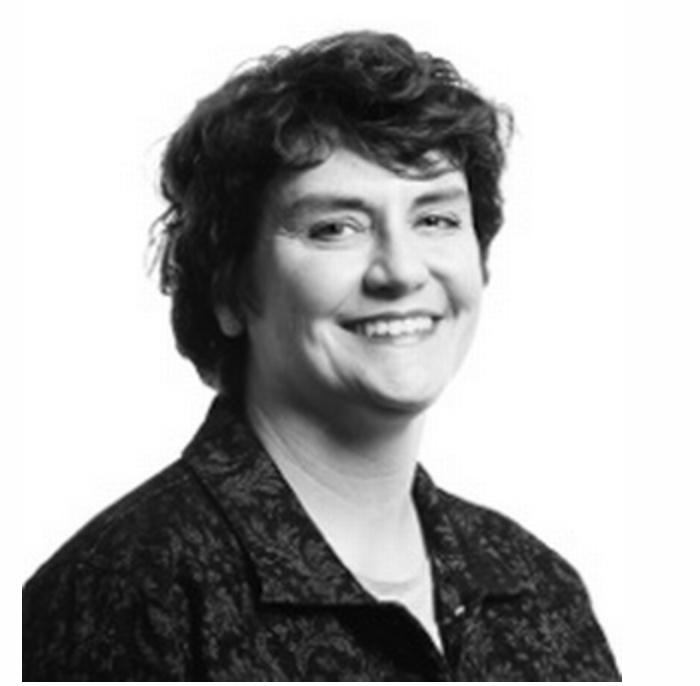 Songs from the service:

King of My Heart 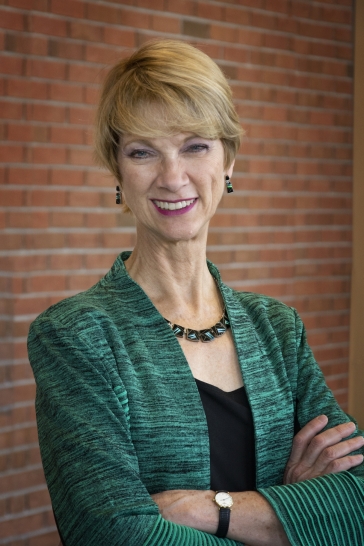 Cunningham has served as a Taylor Trustee for 17 years, and is now stepping down from the Board in order to head a seamless leadership transition, succeeding outgoing President Lowell Haines.

Cunningham is currently the Executive Director of The Center for Bioethics & Human Dignity and an affiliate professor at Trinity Law School and Trinity Graduate School. She was an adjunct instructor at Wheaton College for eight years and serves on the Advisory Board of the Wheaton College Center for Faith, Politics and Economics. Earlier in her career, she was Executive Director and General Counsel and later President of Americans United for Life, a national pro-life advocacy organization located in Washington, D.C. Cunningham and her husband Jay have three children and seven grandchildren.

There’s Nothing That Our God Can’t Do

Turn Your Eyes Upon Jesus

He is married to Jen Hammond. They have six children.

How FIrm a Foundation

Cunningham has served as a Taylor Trustee for 17 years, and is now stepping down from the Board in order to head a seamless leadership transition, succeeding outgoing President Lowell Haines.

Cunningham is currently the Executive Director of The Center for Bioethics & Human Dignity and an affiliate professor at Trinity Law School and Trinity Graduate School. She was an adjunct instructor at Wheaton College for eight years and serves on the Advisory Board of the Wheaton College Center for Faith, Politics and Economics. Earlier in her career, she was Executive Director and General Counsel and later President of Americans United for Life, a national pro-life advocacy organization located in Washington, D.C. Cunningham and her husband Jay have three children and seven grandchildren. 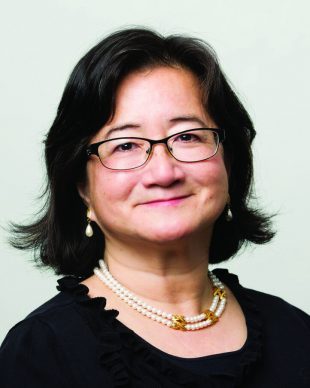 Grace Ju Miller was a Professor of Biology at Indiana Wesleyan University from 2009-2018. Garth (husband), Grace and children, Zea and Noah spent 2 years in Morocco (2006-2008), where they taught at an orphanage before moving to Indiana Fall of 2009. Grace was the Seed Bank Director at ECHO (Agricultural Missions Organization, Ft. Myers, FL) for 4 years. She taught at Gordon College (1991-2001) and directed a course called Sustainable Tropical Agriculture which traveled to ECHO, h.e.a.r.t  and Haiti, Honduras or Guatemala. Grace has a BA in Art and Botany from Duke University, MS in Agronomy from UC Davis and PhD from Purdue University. Garth has a BSME from Purdue and has an M.Div from Gordon –Conwell Theological Seminary and currently works at Indiana Michigan Power. Her daughter graduated from IWU in Biology and will attend Asbury Seminary Fall 2018. Her son will be a junior at IWU studying Biology Education. She began her job as Dean of the School of Natural and Applied Sciences at Taylor University this summer. 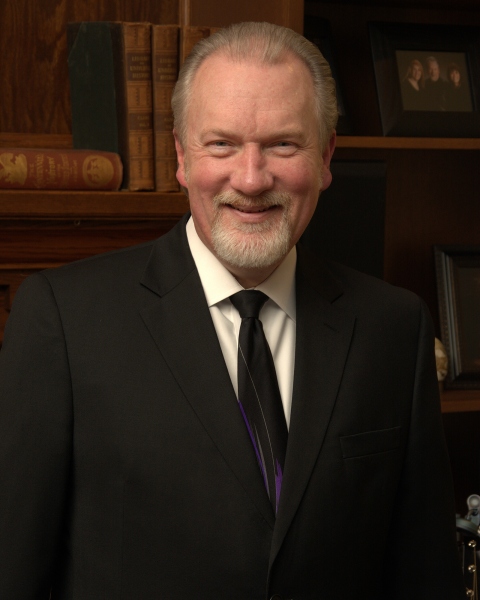 Paul Lowell Haines is President of Taylor University. He previously served as a higher education attorney and partner at Faegre Baker Daniels for 25 years and prior to that as Vice President for Student Development, Dean of Students, Director of Student Programs, and Residence Hall Director, all at Taylor University. He received a Bachelor of Arts degree in history from Taylor University, Master of Arts degree from Ball State University in Student Personnel Administration in Higher Education, Doctor of Jurisprudence degree from Indiana University-Bloomington, and a doctorate in Educational Management from the University of Pennsylvania.

Look to the Son

Who You say I Am