– What is your story of gratitude?
– Who can you share your story with during Thanksgiving break?

Dr. Carol (Meier ’88) Sisson is in her fifteenth year teaching at Taylor. She taught 6 years in the Psychology Department and then moved to the Education Department. She also teaches the Foundations of the Christian Liberal Arts to incoming students. Carol is married to Rob Sisson (’86) and they have raised 5 kids and have also served as foster parents to several children.  They enjoy leading immersive field trips and cross cultural trips with Taylor Students.  Carol serves as Vice Faculty Moderator and also on the President’s Cabinet.

Dr. Mark Cosgrove has been a professor in the Psychology Department for 45 years. He also taught Foundations of Christian Thought for all freshman students for 30 years. Dr. Cosgrove is the author of numerous articles and eight books on issues in faith and learning integration. Mark and his wife have three sons, three daughters-in-law and six grandchildren. He says about his family that “they are the most important books that I must read, and into whose lives I must do my best writing.”

Geoff King serves as Executive Director of Equipping (Equipping Pastor) at Fellowship Missionary Church in Fort Wayne, Indiana. In this role, Geoff assists with the overall direction of Fellowship’s vision while overseeing the prayer, diversity & reconciliation, and “glocal” mission outreach ministries. Geoff is an accomplished teacher, speaker, and author with a high shepherds gifting; and a heart for community and seeing Kingdom flourish. As a lifelong resident of Fort Wayne, Geoff is committed to seeing the Fort Wayne community: partnered, reconciled and thriving in both Kingdom and cultural ways.

John came to know Christ as a freshman in high school and is a ’92 graduate of Taylor. He graduated with a history/teaching degree but ended up spending most of the past 30 years in full-time ministry. He began his life in ministry in 1992 as a Campus Life director for Youth for Christ in Rolling Meadows, IL. During his early years in ministry, he also served as a high school gymnastics coach for both boys and girls. Over the years, he has served as a youth pastor, associate pastor and lead pastor across Illinois, Connecticut and Arizona. Additionally, he’s spoken at Young Life retreats and the DCLA ’94 youth conference.

He eventually received his M.A. from Southern Evangelical seminary and He has recently been accepted to begin his Doctor of Ministry at Liberty University. In 2010 he published his first book Let Love Rule which “takes a look at the amazing, unfailing, revolutionary love of God for us.” He’s currently working on his second book, Child of God, which “takes a look at the fullness of who our Father is and all that He’s done for us in Christ.” He also holds a 4th degree black belt in Kenpo Karate and for 10 years owned and ran a martial arts school in Fountain Hills, Arizona.

Currently, he lives in Algonquin, IL with his wife Amy where he serves as the Campus Pastor for Harvest Bible Chapel Crystal Lake. He’s been married to Amy for 25 years and they have two children, Jake & Anna, both of whom are students at Taylor University. In his spare time, he enjoys movies or a good book. He also loves to be outdoors, whether that’s running, kayaking, fishing, or playing disc golf. More than anything though, he wants people to know Christ, all that He’s done for them, and the fullness of who they are as children of God.

Denise C. Flanders is Assistant Professor of Biblical Studies at Taylor University where she teaches a variety of Old Testament courses, as well as a course on Inductive Study of the Bible. Denise grew up in Charlotte, North Carolina and received her undergraduate degree in Journalism from the University of North Carolina at Chapel Hill. She first began taking Masters level seminary courses at  Gordon-Conwell Theological Seminary as a side-interest, simply to grow in her knowledge of the Bible. While there, however, she quickly discovered the Old Testament as one of the great loves of her life, as well as her joy in sharing Israel’s Scriptures with other people. Denise completed her Phd in Hebrew Bible and Ancient Near Eastern Studies at Fuller Theological Seminary in Pasadena, California. Today, she desires to help Christians develop a more robust view of the Old Testament, and she is passionate about sharing the ethical and spiritual relevance of the Hebrew Scriptures for faith and life today. Denise lives in Muncie, Indiana with her husband and four children, and she enjoys stand-up comedy, Marvel movies, Carolina basketball, and writing silly short stories with her kids.

Zach Szmara serves as the pastor of The Bridge Community Church in Logansport, Indiana. He has seen firsthand how God can take a mono-cultural, declining church that was near closing its doors and transform it into a growing, dynamic, multi-cultural, multi-lingual church that has impacted her city, her region, and the nation for Jesus. He is an accredited immigration legal representative and launched the first Immigrant Connection office. Since it opened in 2014, over 600 immigrants from over 50 different countries have been served and over 70 different church leaders have been trained. Zach also serves as immigrant connection director of The Wesleyan Church and looks forward to continuing to partner with Wesleyans as they holistically love immigrants within their churches and communities. Zach is married to Lyndy, a transformative special educator. They have a 6-year-old son, Isaac, who lives up to his name (“laughter”) every day.

Nirup Alphonse is the Lead and Founding Pastor of LIFEGATE, a multi-ethnic and multi-cultural church in Denver, Colorado. Born in Singapore to missionary parents, Nirup was then raised in South India before moving to Chicago, Illinois to for High School. He graduated with an Accounting and Economics degree from Trinity International University and moved into full time ministry a few years later. Pastor Nirup’s journey in ministry began as a Worship Pastor before eventually focusing on teaching and eventually with a team of about 45 people moved from the Midwest to Denver to plant a church.  LIFEGATE is one of the fastest growing churches in Colorado and their focus is creating a community that is truly mutli-ethnic with a deep commitment to God’s Word, prayer, worship and intentional discipleship. Pastor Nirup leads an innovative and young staff team that creates ministry in very unique ways in the city. As a preacher, Pastor Nirup has a very unique way of proclaiming God’s Word while weaving in stories, humor, and practical takeaways for personal and corporate practice. Outside of his love for Jesus Christ and the local church, Pastor Nirup loves his family, reading and his new hobby – cooking. He has been married to his wife Hannah for 14 years and together they teach, coach and mentor other young couples, especially in the dynamic of inter-racial marriage. They have three young sons Jaihan (10), Elijah (6), and Ezekai (4).

What are you faithful in?
Are you putting your hope in yourself, or in your Savior?
Is prayer your final resort or you first response? 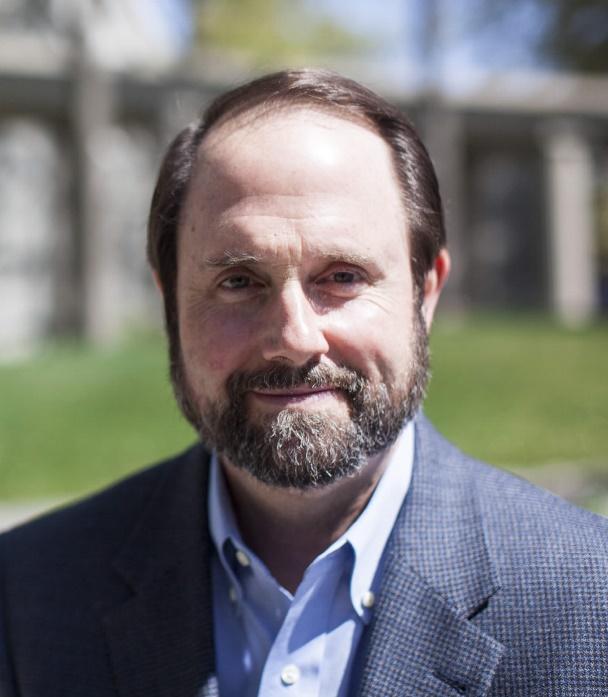 James C. Denison, Ph.D., is a cultural apologist, building a bridge between faith and culture by engaging contemporary issues with biblical truth. He founded the Denison Forum on Truth and Culture in February 2009.

Having lived and traveled widely in the Muslim world, Dr. Denison has wide expertise on the subject of Islam. He has also taught world religions for 25 years with four seminaries. He has spoken in China, Cuba, Brazil, Australia, Europe, Israel, Greece, Egypt, Bangladesh and Turkey and served as a shortterm missionary to East Malaysia, in Southeast Asia. He also leads frequent study tours in Israel, Greece, and Europe.

Prior to founding the Forum, Dr. Denison was senior pastor of Park Cities Baptist Church, a 10,000- member congregation in Dallas, Texas. He also pastored churches in Midland and Mansfield, Texas and in Atlanta, Georgia. He earned his Ph.D. in Philosophy of Religion and Master of Divinity from Southwestern Baptist Theological Seminary and received a Doctor of Divinity degree from Dallas Baptist University.

Dr. Denison writes a daily cultural commentary available at http://www.denisonforum.org. His commentary is distributed around the world to more than 19,000 subscribers. He writes for “The Dallas Morning News,” contributing weekly to the “Texas Faith Forum.” His wife, Janet, is an author and speaker (www.janetdenison.com). They live in Dallas and are the parents of two sons: Ryan, a ministry student at Truett Seminary, and Craig, a student at Dallas Baptist University.