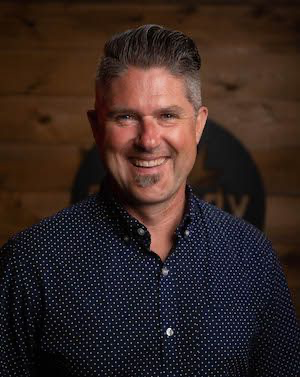 Clinton Faupel is the Co-Founder and Executive Director of RemedyLIVE, a technology based organization that produces interactive events and includes a crisis center that provides 24/7 hope and live chat interaction for people that are struggling with mental health issues in their life. He’s also the creator of the Get Schooled Tour, a one-hour interactive assembly program that helps lower the stigma around mental illness among students as well as the Wired Experience, an interactive mental health focused program for businesses, churches, and organizations of all sizes. Clinton has been helping people since 1989 and strives to innovate how institutions can better engage youth and adults at the core of their identity.

Clinton speaks to tens of thousands of people per year about how secret struggles do not need to have the final say on their future. He’s passionate about helping young people with mental health issues and outfitting parents and educators on how to approach the youth they have relationship with. Clinton is an interactive communicator who uses proprietary technology, he helped create, to engage his audience.

Raised in Western Canada, Clinton moved to the United States in 2001 to serve amidst urban youth. It was there he met his wife Tonya, whom he married in 2003. Clinton and Tonya have three beautiful girls (Ella, Nora and June), a son (Duke) and live in Northeast Indiana. He is ordained minister with the Missionary Church USA and speaks around the country, about messy issues, to people of all ages.