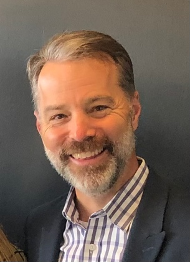 Dan Wolgemuth became the 9th President of Youth For Christ USA in April of 2005. On June 1st, 2021 he officially assumed the role of President Emeritus.

His love for the mission of YFC started early in his life… and his passion for communicating the singular message of hope and love only amplified over his life, including his 16 years as President.

Dan and his wife, Mary, have a long and rich history with the organization. Mary’s first job out of college was as a Juvenile Justice Director in Fort Wayne, IN. Both Dan and Mary served as local board members of a YFC Chapter, and both love the mission deeply.

Before YFC Dan spent 28 years in corporate work. His corporate career included roles in financial, manufacturing, publishing and consulting organizations. This including eight years with

Dan loves the local church and is a board member at Colorado Community Church in Aurora, Colorado.

Dan was elected to the Board of Trustees of Taylor University in 2006. In addition, Dan has written extensively.

He currently writes a weekly devotional message called “Friday Fragments” that is widely accepted within and without Youth For Christ. It is posted on Dan’s blog site: http://www.FridayFragments.com. Dan has published three

Dan was awarded an honorary Doctor of Humane Letters by Huntington University on May 12, 2012.

Dan and Mary have three married children, all living in the Denver, CO metro area: Andrew and Chrissy, parents of Malia, Davey, Naomi and Drew; Erik and Kendal, parents of Graham, Tess and Rowan; and Alli and Christopher Horst, parents of Desmond, Abe, Juni and Mac