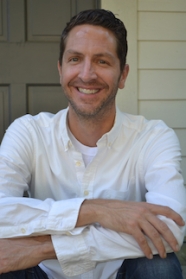 Josh is the co-host of the radio show and podcast Filmspotting, author of Movies Are Prayers, and editor and film critic at Think Christian, a website exploring faith and pop culture. He’s been writing and speaking about movies professionally for more than two decades.

Josh’s career began in the newspaper business, where he started out as a beat reporter for a weekly community newspaper and went on to become the film critic for the Chicago-based Sun-Times Media for more than 10 years. In 2011, he joined the Christian media landscape as editor of Think Christian, and in 2012 he joined the long-running weekly podcast Filmspotting, aired on WBEZ in Chicago.

A veteran of the Sundance, Toronto, and Chicago International Film Festivals, Josh has given talks on film at various colleges and conferences. He has also led “Ebert Interruptus,” a tradition established by Roger Ebert, which analyzes a single film scene by scene over several days at the University of Colorado’s Conference on World Affairs.

Josh lives in the Chicago area with his wife and two daughters. You can connect with him via josh@larsenonfilm.com, or on Twitter, Facebook, and Letterboxd.