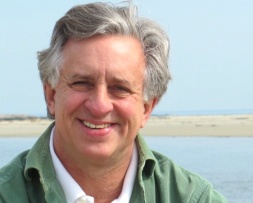 James Ault is an award-winning documentary filmmaker and author educated at Harvard and Brandeis (Ph.D. in Sociology). Originally a student of African politics and cultures, his first film, Born Again, an intimate portrait of a fundamentalist Baptist church in the US, grew out of field research among grassroots “new right” groups in the 1980s. It was broadcast as a national primetime special on PBS and around the world and won a Blue Ribbon at the American Film Festival. His book on that project, Spirit and Flesh (Knopf 2005) was named one of the 5 best non-fiction books of the year by The Christian Science Monitor and called by The Washington Post “The best single-volume explanation of why American fundamentalist Christianity thrives among certain people . . . and why it will not die out.”

His recently released his African Christianity Rising documentary film series, exploring the sources and directions of Christianity’s explosive growth in Africa, was praised by Terence Ranger of Oxford as “the most penetrating and informative material I have ever seen on African Christianity, bringing out its vitality and variety without ever sensationalizing or exoticising.” His work has come to center on issues of Christian faith and culture and he is currently working on documentary film projects on Esperanza, a Latino Christian enterprise in North Philadelphia, and on Zimbabwe’s gospel music legend, Machanic Manyeruke. He is also writing a book on his African Christianity work that will in its E-book edition have links to project videos embedded in its text. For more, visit www.jamesault.com.

What aspects of your own church’s doctrines or practices would you be willing to relax, or set aside, in order to become one with Christian brothers and sisters in Africa or other parts of the two-thirds world not sharing them?

What differences in church teachings, beliefs, or values do you experience in your own community at Taylor, or in your home church, and how might you help build better understandings and common purpose across those differences?

How does Jesus’ prayer over his disciples and those they reach to become one (John 17) influence your education and work might take you?