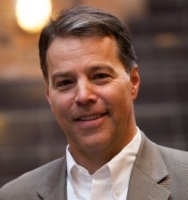 Daniel S. Wolgemuth has been the President/CEO of Youth for Christ USA since 2005. Before YFC Dan spent 28 years in corporate work, including eight years with General Electric. Dan is a member of Colorado Community Church in Denver. Dan was elected to the Board of Trustees of Taylor University in 2006. In addition, Dan has written extensively. He currently writes a weekly devotional message called “Friday Fragments” that is widely accepted within and without Youth for Christ. It is posted on Dan’s blog site, FridayFragments.com. Dan was awarded an honorary Doctor of Humane Letters by Huntington University on May 12, 2012. Dan and Mary have three married children, all living in Denver, CO.

What are the ways that the Church can stand up for justice, guided by God?

Where have you seen the power of God work in the lives of people you know?

How have you been clinging to Jesus lately?